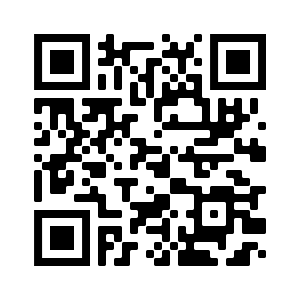 Eating Disorders and Athletics: Athletes Are at Greater Risk

Most people agree that participating in sports and athletics is good. Most parents are eager to get their kids involved in sports that will teach them about teamwork, perseverance, and hard work towards a goal.

There can be a dark side to sports, though. The will to succeed, the pressure to win, and the desire to do whatever it takes to be in top physical condition can lead some athletes to take extreme measures.

This is especially true for sports that emphasize the athlete’s appearance or have weight or size requirements. Let’s look at the risk factors involved with eating disorders in athletics.

What Are the Risk Factors for Athletes and Eating Disorders?

Some athletes are at a higher risk for developing eating disorders than others. Here are some of the risk factors:

Why Are Female Athletes at a Higher Risk for Eating Disorders?

In the same way that females in the general population are more likely to develop eating disorders, so are female athletes. There are several reasons for this, but a lot of it has to do with the sports that women play, their roles within those sports, and societal pressure.

The Prevalence of Aesthetic Sports

Certain sports, designated “aesthetic sports,” emphasize appearance in one way or another. Aesthetic sports include figure skating, both rhythmic and artistic gymnastics, cheerleading, acrobatics, and dance.

In all of these sports, appearance plays a major role. Part of the scores in these sports has to do with how the athlete looks — whether or not this is explicitly stated.

In addition, these types of sports have rigid scoring requirements in which the lack of a single pointed toe at one point in a routine can mean the difference between first and second (or sometimes even first and last) place. These are high-stakes athletics where making mistakes can mean a catastrophic (paralyzing or even life-threatening) injury.

In this type of environment, the drive for perfection is undeniable. To become good at these sports, it’s incredibly rare that athletes start in high school or even middle school.

Most elite gymnasts, for example, begin participating in gymnastics as early as three or four years old. In athletes, participation in a sport from a young age is a risk factor for an eating disorder.

A Woman’s Role in Sport

We do not want to generalize here. There are absolutely women’s sports in which being taller and larger creates a huge advantage. However, the opposite is true in many women’s sports — unfortunately.

A ballet dancer often wants to be as small as possible for lifts and aesthetic reasons. The same is true for cheerleaders, who are often tossed into the air and executing multiple twists and flips. It’s simply easier to do with a 90-pound human than with a 130-pound human.

The same is rarely true for men’s sports, with a few exceptions such as horse racing, boxing, and wrestling.

Even when women play sports in which “smallness” is not valued, the uniforms worn for those sports are often revealing, making women uncomfortable in their skin. A perfect example of this is volleyball.

Could different uniforms be worn? Absolutely. And studies have shown that perhaps they should.

In a study done at the University of South Carolina, with interviews of DI and DII athletes, one-third of the cheerleaders appeared to be at risk of developing eating disorders.

Athletes on teams with uniforms that bore the midriff were at the highest risk. They were also most likely to have body image issues.

There’s no doubt that certain expectations are put on women about how they are supposed to look, and those expectations have far-reaching effects on athletics.

Why Are Athletes More Likely To Develop Eating Disorders?

This is an important question, especially considering that the athletes most likely to develop eating disorders are high-level collegiate student-athletes. Let’s look at some aspects of athletic competition that put athletes at a larger risk than others.

The Role of the Coach

Coaches sadly play a huge role in the chance that an eating disorder may develop in an athlete. Athletes with a high conflict and low support relationship with their coaches are more likely to develop eating pathology than those who feel supported and heard by their coaches.

When coaches are more ego driven and focused on winning rather than developing skills and mastering techniques, this can also lead to trouble.

Athletes are just expected to have amazing bodies. We mere mortals are often insanely jealous of the legs of a track and field athlete or the shoulders of a swimmer. We don’t even stop to realize that there is a possibility there’s a darker side to that pretty picture.

In some sports, such as long-distance running, it is an assumption (and a stereotype) that the athletes are thin — sometimes very thin. Because of this, coaches and fellow athletes don’t blink an eye when that person is almost scary-skinny, and an eating disorder can go unnoticed (or worse, ignored).

The Personality Traits of the Athlete

It’s just a fact that some of the traits that seem like positive attributes of an athlete (such as weight loss, excessive exercise or training, and a focus on diet and nutrition) are eerily similar to those of eating disorder symptoms.

If your best friend started working out twice a day for a few hours and implementing a strict diet, you’d be immediately concerned. But if she was an athlete?

You’d probably shake your head, smile a knowing smile, and say to yourself, “Ah, it’s preseason. Time for two-a-days and no more fast food trips with the roomie!” But regardless of athletics, obsessive eating and exercising harm the body and the psyche.

What Can Be Done To Prevent Eating Disorders in Athletes?

Though athletes have more risk factors than others for developing eating disorders, plenty of preventative measures can ensure athlete safety. We must remember that this is a psychological ailment, so taking care of the whole person is paramount.

Here are some tips to keep athletes healthy in mind and body.

The bottom line is that athletes are at a higher risk of eating disorders than the general population. Risk factors include participating in an aesthetic sport, a negative or performance-focused coaching style, pressure from coaches or teammates, and believing that lower body weight will lead to better performance.

Athletes and coaches should receive education about eating disorders and be treated if they develop them.